Once a puppy has been adopted, it’s important to begin training it. Several methods exist including the oldest and best known, the classic method, used by many training classes.

The traditional training technique consists of familiarizing the animal with its equipment (collar and lead) and reprimanding it (in moderation of course) until it achieves its owner’s desired behavior. When a goal is reached, the dog is rewarded with affection, petting or treats.

This method was inspired by the work of Russian physician and physiologist Ivan Pavlov which he based on an animal’s conditioned reflexes. While feeding his animals at a fixed time every day, he noticed that they began to salivate when meals were due. He made the logical connection between habits and reflexes.

Where and for how long should training take place?

Initial training should occur in a quiet place so the dog can focus on its owner’s orders without any distractions. Once the basics are securely in place, training exercises can take place in busier locations.

For the training to be effective it must take place every day using just one or two short exercises.

It’s normal for the animal to be distracted at first, but it’s important to give plenty of encouragement. Over time, the dog’s attention span will increase allowing it to learn more.

Orders shouldn’t be wasted. Repeating them constantly throughout the day has the opposite effect to the desired one. The animal will stop listening and won’t distinguish between what’s important and what isn’t. Using orders sparingly and only when necessary has a greater impact on the animal’s behavior.

Orders should always be clear and precise. If the animal doesn’t react as required it probably hasn’t understood. In that case, return to a simpler exercise and come back later to the one causing problems.

The reward, an essential step

Rewarding a dog (also called “positive reinforcement“) validates its good actions and provides an opportunity for owners to show their pleasure. If the dog succeeds in walking to heel on its lead and obeying basic commands such as “sit” or “lie down”, a reward encourages the animal to continue in this way. Rewards can take various forms such as treats, stroking, verbal congratulations, toys…. During the training, these treats and toys should be stored out of the animal’s sight.

Rewards (especially food) shouldn’t be given if the animal didn’t do anything special to deserve them. If this happens it won’t be able to differentiate between when it’s not achieving anything special and when it has succeeded and deserves the reward.

Finally, the dog should be able to make the link between the exercise it’s just completed and the reward, only a few seconds can elapse between the two. Taking time to go and find sweets and rewards makes them valueless.

E.d.: With the Smart Puppy medal, the training is done in a playful way thanks to the sound frequencies studied for your dog… 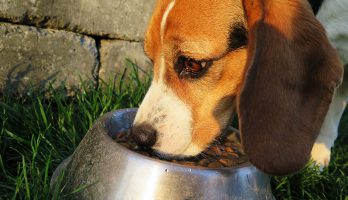 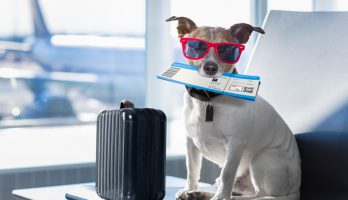 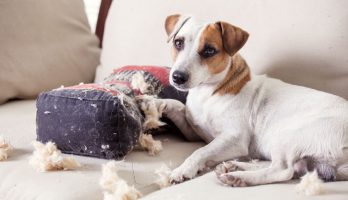 Like most pets, dogs usually live with a clearly determined routine with which they feel comfortable. This regular rhythm, which […]